Early this year, I took time away on a prayer retreat at The Clearing https://www.theclearing.us/. My mind and heart were too preoccupied with how and what to do to continue operating in terms of structure, etc. My complaints appeared to be a grieving to the heart of the Father, and so after going on for a good while, He directed me to take a look at the material He has already given to me. As I started reviewing what He gave me on reconciliation and peacemaking, tears started streaming from my eyes. I realized how much He had already given me, yet I was still struggling and complaining to satisfy men’s expectations instead of seeking to satisfy His desires by sharing and multiplying it and serving people with it.

After my retreat, I made some phone calls and email communications with some of the colleagues and friends in Colombia, urging them to consider organizing talks around the subject so that we could serve the nation in the post-conflict era by providing and equipping with Biblical knowledge on the process of peacemaking. My desire was to empower the Christian masses with these tools so they could take them in turn and spread them around the nation to ease the process of the post-conflict era which the country is struggling with. 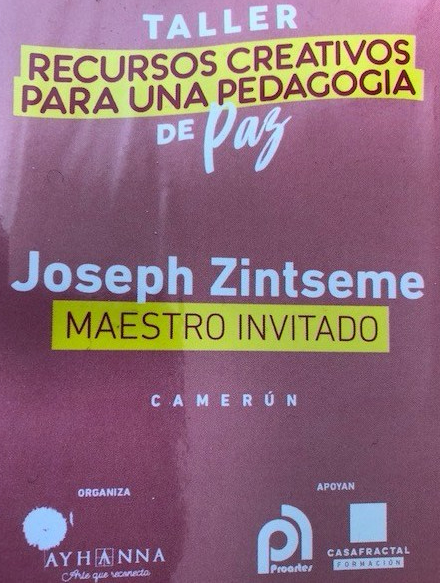 During my time in Columbia, I taught at YWAM training schools on subjects unrelated to reconciliation. As well, I spoke on the subject of reconciliation and peacemaking at two Christian settings and also at non-Christian settings. The most enthusiastic crowd and response to my message, which was humbling to me, was from non-believers in a forum on February 18th, in the city of Cali, organized by AYHANA Foundation.

Other enthusiastic responses from the message on reconciliation and peacemaking came from the Universidad Del Sinu and at the Fundacion Universitaria Tecnologico Comfenalco in the city of Cartagena, respectively on February 27th and March 1st. The majority of these audiences were non-Christian. At the Universidad Del Sinu, my co-presenter was a peace activist woman who both represented and became the voice of the victims of violence. Her background included taking part at the negotiating table in Havana between the Colombian government and the guerillas, through which she was awarded several prizes. These included a peace prize for her commitment to peace in Colombia, in which she acknowledged that though she was not a practicing Christian believer, she shared the same convictions and views with me in regard to reconciliation and peacemaking.

The most humbling experience for me was at the Comfenalco University, where the entire faculty of psychology made my presentation on reconciliation and peacemaking a part of their academic program. The dean and all faculty members attended and expressed their gratitude and satisfaction. The director of the study program stated, “Thank you; it was very insightful. We, as academics, used conceptual teaching with steps and concepts numbered, but listening to your experiential view was great, since from the experience theories are built. It was good for us to see the genesis of the knowledge we’ve studied, the experiences.” The dean stated something like this, ‘Thank you. We can recognize many concetpts that we study through your experience and your own personal life, and we can see that the conceptual and experiential go hand in hand.’

Presently, I am again in Guadeloupe and Martinique, French Caribbean islands, where I came to seek players on the ground to help set up a future international reconciliation symposium. Last year we attempted to set it in place to run this year, but there was still much to take place, so we postponed it, for we were not ready. Like always, your prayers and other means of support are of a great value and very much appreciated